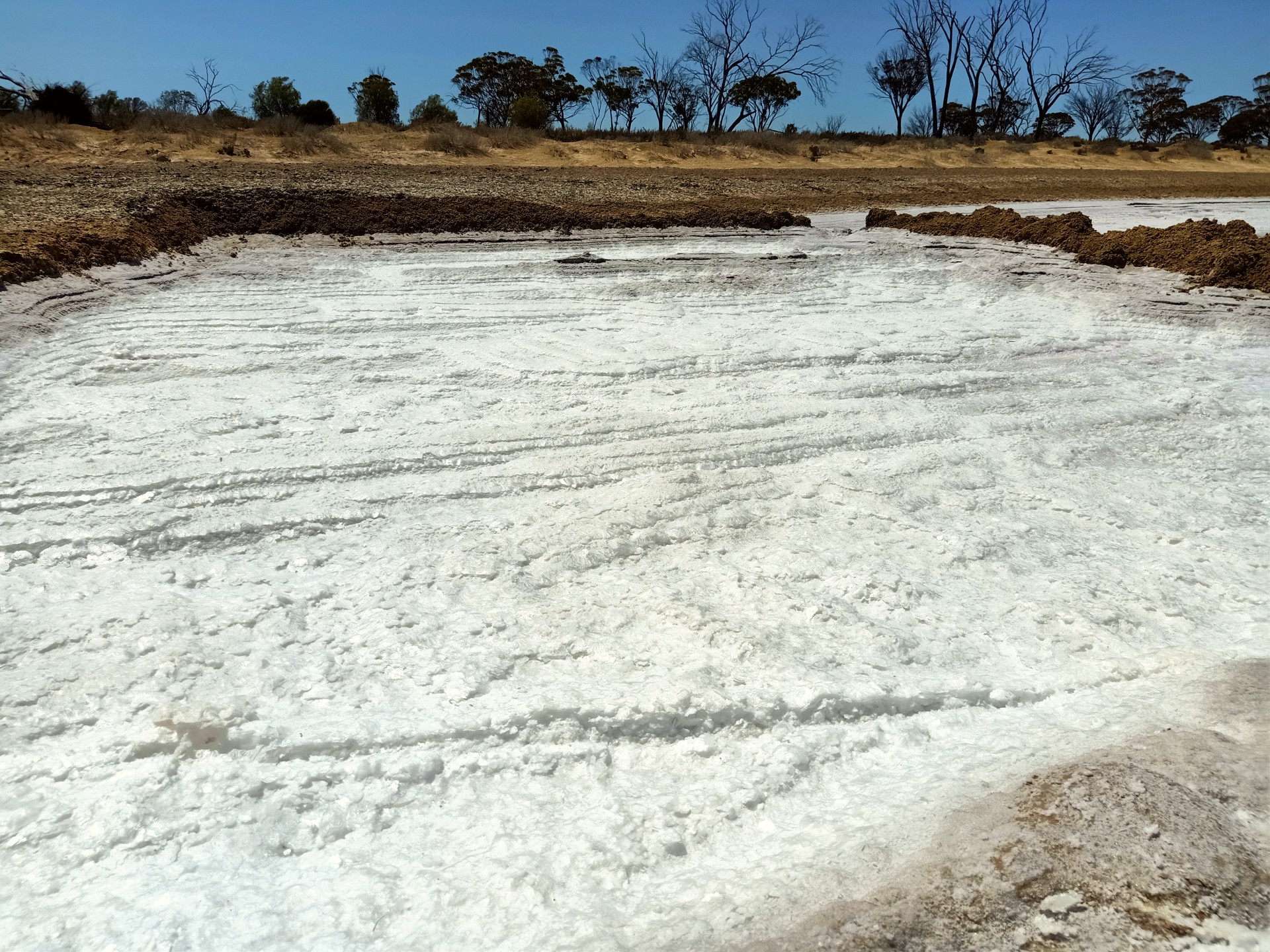 We all know that now all seas and oceans are highly contaminated with micro plastics, sewage and nasty pollutants. Sea Salt derived from brine close to populated areas should be avoided due to all these pollutants. Sometimes these pollutants are really bad like heavy metals which also get trapped in the sea salt.

A lot of the sea salt and salt flakes made in cold countries are very unfriendly to the climate because a lot of gas and other fossil fuels are used to evaporate the brine to make the sea salt or the sea flakes, thus drastically increasing the carbon dioxide in the atmosphere which leads to global warming.

Being in a desert with lots of sun most of the salt farm operation can function using both solar and wind energy. Solar ponds can also be used to heat the brine up to 90C just by using the sun energy.

Harsh Sun and No Humidity

These plays a big part in making big and crunchy desert salt flakes. The average relative humidity in a desert is usually under 20% and on hot harsh days above 35C the humidity drops to around 7%. In summer this is normal and you can imagine that the evaporation is huge. You can sometimes literally see the floating desert salt flakes grow before they get too large and sink.

When sea flakes are created in a lab using fossil fuel the taste is flat and the flakes are small. The beautiful big desert flakes are soft and can be crushed by fingers to the desired size.

Richness in Minerals and Trace Elements

Most desert underground ancient seas have a salinity of 13% or more which means if you dug a pool and you pumped the underground brine into this pool you could float. The minerals in the brine precipitate out of the brine at different levels. For example gypsum is the first minerals to fall precipitate and falls to the bottom. Then you get the salt flakes which float and make beautiful light texture flakes that have a rich taste but with a mild salty taste. After that the salt starts forming course cube salt crystals called halite that form on top of the gypsum. Magnesium is one of the last minerals to precipitate.

In desert salt these processes happens in a matter of days instead of months for sea salt due to the richness in minerals and the harsh sun. With desert salt the processes overlap thus they create a rich balanced salt but without the astringent bitterness of the cheap salt. The bitterness usually happens when all the brine is allowed to evaporate and then having some concentrated leftover minerals such as magnesium which gives the salt the irritant taste.

We all know that magnesium is a mineral that’s needed by the body. Many desert brines have around 4% magnesium. Sea salt has around 1.2% magnesium. The same with Calcium where desert brines have 1% twice that of sea water. By having the right mix in the salt you get the perfect mild taste. Calcium creates a flat earthy taste whereas magnesium has a metallic astringent taste. With the right amounts you have a delicious balanced salt.

It is also important to note that good salt is picked from the brine which usually has a nice balanced taste. If the brine is left to fully dry, becoming rock salt, like what happens when the salt is harvested on an industrial scale such as the cheap table salt, then some of the minerals in the salt when too concentrated will create a metallic astringent salt that irritates the tongue and gives the food a horrible taste.

We can see that desert salt is much better than sea salt but of course comes at a higher price especially if its gourmet salt that is hand picked and not allowed to become rock salt so it has a well balanced taste and texture that will really spice up your food!

John Michael Mizzi loves the environment and is a very creative person especially when it comes to salt and the amazing products that can be made from it.

The composition of our Desert Salt Flakes

Our Magnesium Oil and Jelly – Nigari

Discovering a superfood in the wheatbelt area – Lupins